I did it – I passed my motorcycle training class! 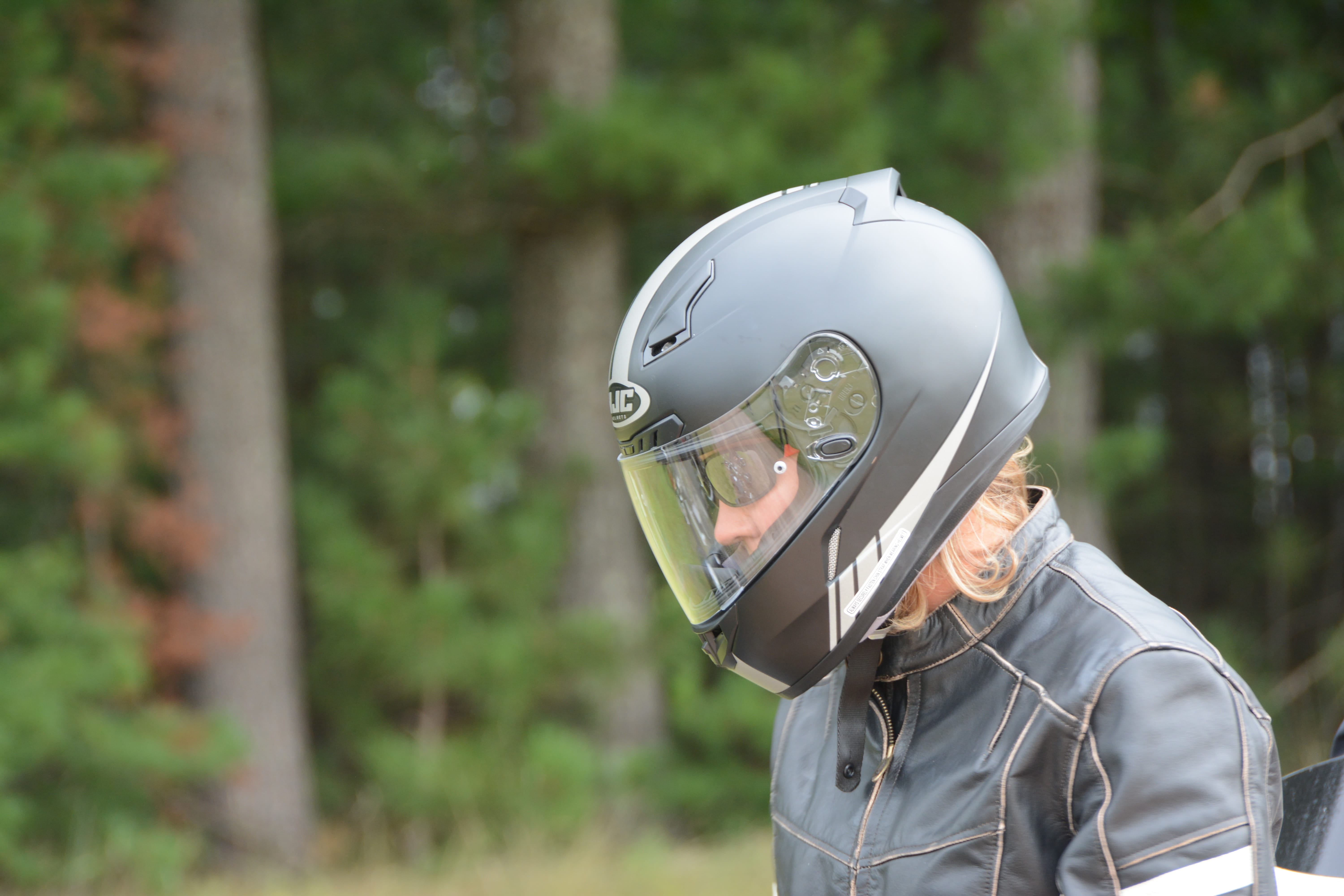 A Rider’s Journey: This is the fifth in a series of blog posts by DeAnna DeCaluwe about her journey to recreate her father’s last ride.

There were 12 students in my class, and each had a varying level of experience. I was the only person in class who had never operated a motorcycle—the only one, in a class that included two 17-year-old girls, who somehow had more experience than me. I felt a bit like an old dog trying to learn a new trick, but more than anything it made me that much more determined to do well. If a 17-year-old could do it, I could… right?

The day began with three hours of in-classroom exercises, including introductions, eye evaluations, and peripheral vision checks. After they were sure we could all see, we were taken out to the “range”.  The “range” consisted of a large parking lot filled with solid lines, dotted lines, and cones of varying colors and sizes. That, and 12 beautiful motorcycles also of varying colors, styles, and sizes. This is where we would spend the majority of our remaining time, and where I would take my first real steps toward learning how to ride.

We began with our instructors helping us find a bike that would accommodate our height and build. I was placed on a black 225 Honda Rebel. Slightly intimidated by its weight, I was hopeful our instructors would let us break for lunch so I could calm my nerves before I attempted the inevitable. Unfortunately, that was not the case.

After the “fitting,” they showed us how to approach the bike, what to look for, and what to check before hitting the road. Soon after we all lined up to take our first straight-line trip across the parking lot. Looking around, I noticed my new 17-year-old friends appeared confident—a feeling I did not share. After a brief internal pep talk, however, and a pat of Dad’s dog tags (which were secured in my pocket), I put the Rebel in first gear, slowly released the clutch, and felt the bike begin to move. I was scared to death, but I was rolling. And the bike and I were still upright.

After that initial trip, each exercise built upon the last. Before I knew it, we began to include curves, quick stops, bumps, U-turns, stops amidst turns, changing lanes, etc. The rest of the day, and the following day, was a blur of lessons with me trying to absorb as much as I could as quickly as I could. With each new lesson came a better sense of stability and increased confidence.

Then came the evaluations. All 12 of us lined up in a row, ready to demonstrate our newly acquired skills. Each was something we would need to be able to do in the real world, on a real street, in real time. One by one we went through each scenario, and one by one we passed. I wasn’t perfect. I did have five points deducted for not staying in the lines in the U-turn box, but overall, I was pretty happy with myself.

For a someone who had never actually been in the operator’s seat, the weekend proved to be both mentally and physically exhausting, but well worth the time spent for all that was learned.

DeAnna DeCaluwe, a married mother of two boys, is the newest member of the Dairyland Cycle family. To recreate her father’s last ride, DeAnna is learning to ride this summer. Join her as she takes a rider’s journey.