A week of sunshine and fun in Daytona on a motorcycle. It’s enough to get anyone’s motor running. 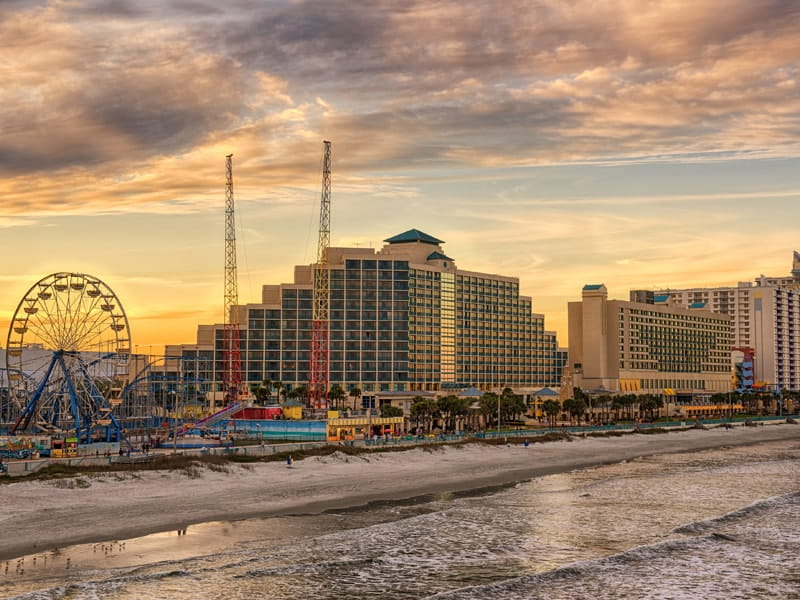 After a long winter, the best way to get back into the swing of the motorcycle season is to head to Daytona Bike Week. It’s 10 days of fun that ends quickly—thanks to a classic race.

This year marks the 77th running of America’s most historic motorcycle race. At least that’s the way the Daytona International Speedway promotes it. The race was originally run on the Daytona Beach Road Course, which used the beach and Florida State Route A1A. The course was also used for stock car racing in the days before NASCAR. The beach course continued to change while the Daytona beachfront area was developed, but in 1961, the race was eventually moved to its new home at the Daytona International Speedway.

This is where all of the thrills and excitement happens during Daytona Bike Week. But it’s not just the Daytona 200 that offers up some great racing. There are several other race events during the week, including:

But you need something to do between the races, right? You’re in luck. There’s a lot more going on at the Daytona International Speedway during Bike Week. Here’s just some of the events:

A trip to Daytona Bike Week wouldn’t be complete without visiting Main Street. It’s the ultimate place to show off your biker style as you cruise in the warm Florida sun. But cruise might be a little too optimistic, since Main Street can be the world’s largest motorcycle traffic jam. Still, with rides parked handlebar to handlebar along the street and the sidewalks packed elbow to elbow with visitors, it’s the place to see and be seen.

But there are plenty of opportunities to cruise, since Daytona Bike Week has events spread across Volusia County and the surrounding area. Here are some places and events to check out:

The 77th Daytona Bike Week is scheduled for March 9-18, 2018. It’s considered by many riders to be the motorcycle season opener. If nothing else, it’s the one event that every motorcycle rider should experience at least once. To help you do that, we have three links to aid your planning:

Remember, while motorcycles are everywhere during Bike Week, not every driver sees every motorcycle. Relax and enjoy the event—but when you ride, be extra vigilant and alert as a safe and sober rider!

If you’re looking for more events and ride suggestions, check out our Events section.

While in Florida, why not consider a ride on the Big Bend Scenic Byway?

Find some epic space before or after Daytona Bike Week at the Kennedy Space Center.