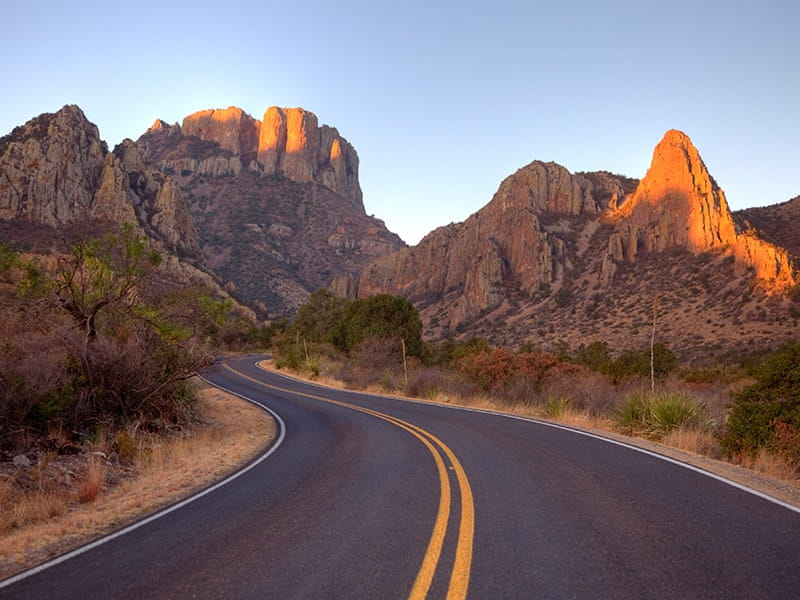 Have you ever wondered where the road ends? It might be at Big Bend National Park in Texas. Big Bend is perhaps the most remote and least visited of the 59 national parks in the U.S. Its location in southwestern Texas along the Rio Grande River is far from any major metropolitan areas.

Human habitation in this area can be traced back 10,000 years. It had long been home to Native Americans when the first Spanish explorers arrived in the early 1500s. By the 1700s, the Big Bend area was part of the northern frontier of Mexico. After the conclusion of the Mexican-American War in 1848, the U.S. military charted the area, building outposts and forts, which launched an era of settlement, mining, farming, and ranching. All of this had an adverse impact on the delicate desert environment.

In the early 1930s, the general public gained awareness of the area as a uniquely beautiful natural treasure, leading to the creation of Texas Canyons State Park. The federal government passed legislation in 1935 to acquire the land. Big Bend National Park was born on June 12, 1944, after the state park was deeded to the federal government, preserving it for future generations.

Here’s something every motorcycle rider wants to hear: It’s always riding season in Big Bend. Sunshine is abundant for most of the year. The rainy season is May through September, when you can expect thunderstorms and localized flooding. Elevation ranges from about 1,800 feet to more than 7,800 feet. Altitude changes lead to fluctuating temperatures, with seasonal extremes reaching below freezing and exceeding 100 degrees.

During summer, the average high temperatures reach the high 90s, with lows in the 60s. In winter, temperatures top out in the mid-60s and drop into the mid-30s at night.

While Big Bend is known for having a harsh desert environment, its landscape also features cool mountains and fertile river valleys, creating a diverse environment where you can find:

The park’s southern boundary is a 118-mile stretch of the Rio Grande River. The river offers many recreational opportunities. However, since 2009, all river floating trips are considered international travel and require a passport or other Department of Homeland Security-approved identification for re-entry into the U.S.

Big Bend National Park has a lot to offer both intrepid motorcycle adventure riders and long-distance touring riders. Here’s what you can look forward to:

There is an entry fee of $20 per motorcycle at Big Bend. The entrance pass is valid for one week, so take your time.

Much of the area you will travel through in Big Bend is remote, so some precautions are advised:

Till next time, ride safe and head to the far horizon!