A ride along a National Scenic Byway takes you to a sight you’ll only find in Arkansas. 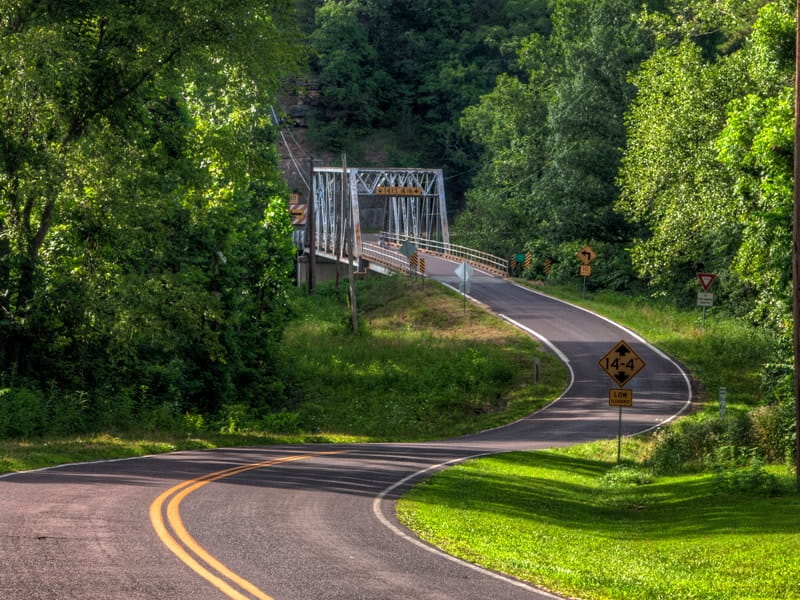 A winding route through northeastern Arkansas, Crowley's Ridge Parkway showcases the heritage and history of the area. While it’s called a parkway, it’s actually a collection of sections of highways, county roads, city streets—and even some gravel roads. It also follows the only geological ridge formation in North America—one of only two similar formations in the world.

At 250 feet, Crowley’s Ridge stands above the vast flatlands of the Mississippi Alluvial Plain. It was formed over millions of years through erosion caused by the Mississippi and Ohio Rivers. This hilly crescent-shaped ridge left behind is more than 200 miles long and only 12 miles across at its widest point.

The ridge is named for Benjamin Crowley, who was one of the first to settle his family in what is now northwestern Arkansas. Today, it’s home to a number of cities, small towns, parks, and historic sites—making it a first-class tourist destination.

In order for a road or a route to become a National Scenic Byway, it has to represent one or more of these qualities:

Crowley's Ridge Parkway meets all of the qualities, except recreation. However, outdoor recreation can be found at the six state parks that are adjacent to the parkway route.

Starting at the Mississippi River in the city of Helena-West Helena, the route heads northward. Following it requires watching for the Crowley's Ridge Parkway signs. Here’s a general rundown of where it goes:

In fact, the route is made up of so many different roads, a more detailed route listing is too big for this blog. But no matter which road you take, it’s an adventure when you follow the Crowley's Ridge Parkway.

Get back to nature with a scenic ride through the Ozark National Forest.

Take a spicy motorcycle ride in the warm south to Avery Island, Louisiana.