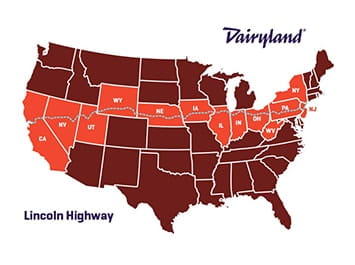 The modern paved and well-maintained road is something we take for granted—at least until we find a pothole. We have an almost endless ribbon of asphalt that connects our nation and nearly every place you might want to ride. But it wasn’t always that way. The motorcycle and bicycle predate good roads. It took a movement and some visionaries to give us our moto-freedom.

The birth of the Good Roads Movement strikes a chord with motorcycle riders and motorcycle rights advocates. In May 1880, bicycle riding enthusiasts and bicycle industry leaders formed the League of American Wheelmen. Their goal was to support the growing interest in bicycle riding and protect their rights from legislative discrimination. Then, along came the internal combustion engine.

With the advent of the automobile and motorcycle, the Good Roads Movement found new promoters and some visionaries. In 1912, automotive entrepreneur Carl Graham Fisher conceived the idea of a coast-to-coast road from New York’s Times Square to Lincoln Park in San Francisco. Fisher lobbied his industry friends and on July 1, 1913, the Lincoln Highway Association (LHA) was established. Named after Fisher’s hero, Abraham Lincoln, the association’s goal was “to procure the establishment of a continuous improved highway from the Atlantic to the Pacific, open to lawful traffic of all description without toll charges.”

On October 31, 1913, the first official route of the Lincoln Highway was dedicated. The route measured 3,389 miles of mostly unimproved dirt roads. It would evolve and be realigned repeatedly for years. In 1919, the LHA helped promote the U.S Army’s first transcontinental motor convoy, which included a young Lt. Colonel Dwight David Eisenhower. The experience proved to be inspirational when decades later as President, he championed the Interstate Highway System, authorizing the Federal Aid Highway Act of 1956.

The Lincoln Highway has grown far beyond those early dreams when it was dedicated in 1913. Other highways are even a part of it. The course U.S. Route 50 follows through Nevada is one of them. In fact, its path gives it the nickname “The Loneliest Road in America.”

It’s just one part in the history of this American road and the pioneering spirit that built this great nation. It all awaits you and your motorcycle. Set off this year and find the Lincoln Highway.

Get back to nature with a scenic ride through the Ozark National Forest.

Take a spicy motorcycle ride in the warm south to Avery Island, Louisiana. 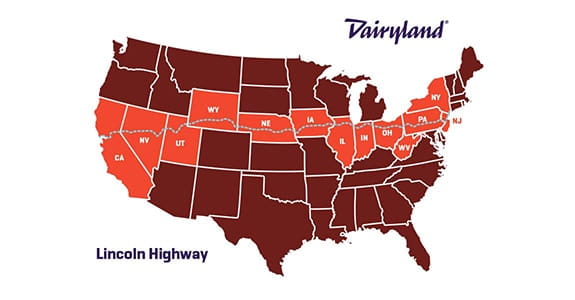