Back in February, we told you about a proposal that would allow for year-round sales of E15 fuel. Current rules suspend the gas blend sales from the end of May to mid-September.

Now, the Environmental Protection Agency (EPA) is proposing to move forward with the change, rushing for it to be in place in time for summer driving. The proposal would go into effect June 1, the date the EPA says the high-ozone season begins.

Some analysts say the rapid push is driven in part by the complex political and economic issues based on ongoing trade wars and tariffs. Others believe it’s also driven by the ethanol industry to increase their market share in the American fuel supply.

The motorcycle community has long understood that ethanol isn’t good for bikes. Ethanol can cause several problems in a motorcycle’s fuel system:

Not just your motorcycle at risk

It’s important to understand that ethanol, as a fuel additive, isn’t just hazardous to the health of your motorcycle—it’s also hazardous to small engines like your boat, ATV, lawnmower, chainsaw, string trimmer, or portable generator. In other words, any gasoline-fueled outdoor power equipment.

And while you might think that your family automobile is safe, you could be mistaken. As few as 25 percent of the automobiles manufactured after 2001 are designed to use E15. Use of E15 in automobiles built after 2001, unless they were specifically designed for it, can result in the need for costly engine repairs.

A wider risk to the environment

A topic that’s often missed in discussions of the hazards versus the benefits of ethanol as a renewable fuel is the infrastructure used to deliver it. According to the EPA’s Office of Underground Storage Tanks and the American Petroleum Institute, gas stations built before 2007 may use sealants for threaded fittings on tanks and pumps that aren’t compatible with ethanol blends higher than 10 percent. This presents the possibility of a fuel leaks at gas stations.

Economics versus the environment and your engine

Since the motoring public is sensitive to the increasing cost of gas, there’s an incentive for retailers to market E15 because it costs less. While lower prices are good for consumers, many riders and drivers concerned about their vehicles’ engines—especially vintage ones—are asking whether the hidden cost of rushing E15 to the year-round market is actually a true benefit.

The adoption of year-round E15 is a major shift in how the Clean Air Act is applied and could permanently change the American motor fuel marketplace. The cost of engine damage to motorcycle owners and everyone who buys fuel could be staggering. Changes as large as this should require due diligence and ample time for public comment. If you’re concerned, take the time to let your representatives in Congress know how you feel about this proposed change.

As for fueling up for your summer rides, the best advice is to review what the manufacturer recommends for your bike and follow it to ensure you’ll get the most out of your motorcycle. 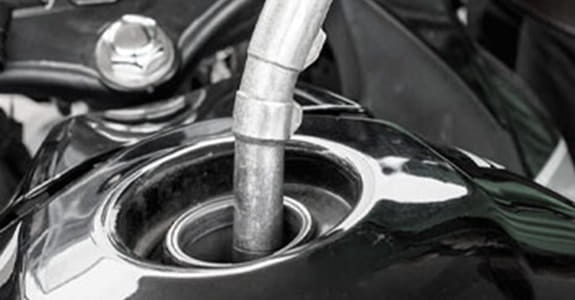