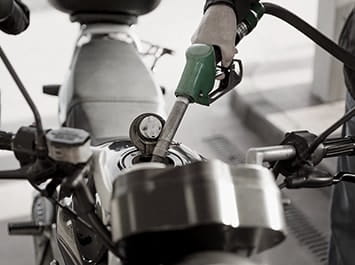 There’s a potential change coming this June to the fuels available at both local gas stations you know and those you visit while touring America this summer. Year-long sales of E15 may push fuels friendlier to motorcycles off the pumps at more gas stations and could cause more frequent misfuelling.

Currently, E15 gas is only available from mid-September to the end of May. Now, there’s a proposal to sell it in the summer. But before you put it in your tank, you need to know the concerns about E15 and the damage it could do to your bike.

Ethanol blended into gasoline has primarily been limited to 10 percent due to problems with the volatility of higher blends contributing to smog during the hot summer months. As a result, the EPA restricts the sale of E15 for use in non-flex-fuel vehicles during the summer.

The Renewable Fuel Standard (RFS) was created by the Energy Policy Act of 2005 and expanded by the Energy Independence and Security Act of 2007. The RFS requires annually increasing the amount of biofuels that are blended into vehicle fuels—both gasoline and diesel. Boosting the year-round national blend limit to 15 percent would help meet that goal, but E15 has some problems in market expansion.

For retailers, the cost of retrofitting their pumps to comply with U.S. Environmental Protection Agency (EPA) regulations for selling E15 fuel, added to the expense of switching equipment and signage twice a year, has limited the market availability of E15. Removing the summer restriction opens the way for expanding E15 sales.

The motorcycle community has long understood that ethanol isn’t good for motorcycles. Ethanol can cause several problems:

In fact, a vast majority of motorcycles and ATVs in the United States today aren’t designed to run on ethanol blends higher than 10 percent. And many vintage machines have problems with any ethanol in the fuel.

If the summer sale of E15 gas is enacted, use care to read all the small labels on blender pumps to avoid misfueling. And when selecting a fuel, be sure to know what your motorcycle manufacturer recommends.

The change to year-round E15 sales is still a proposal for the summer of 2019. You can make your opinion known to lawmakers and try to stop the implementation.