A spring motorcycle rally made all the more perfect thanks to the beach. 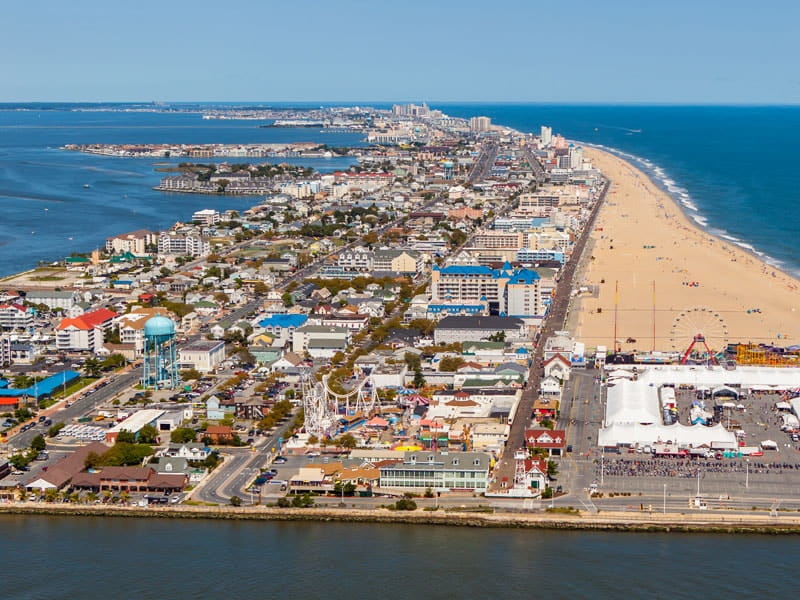 The Bikes to the Beach Spring Rally promotes itself as the East Coast’s Fastest Growing Rally. The rally got its start about eight years ago when two local restaurateurs in Ocean City, Maryland, teamed up to create an event during a slow offseason weekend in late April. Now, on the first weekend in May, tens of thousands of riders roll in to the community each year.

Ride to the beach

Riding to the beach is a common destination for many classic motorcycle rallies. After months of cold winter weather with roads covered with salt and sand, it’s a treat to ride in warm sunshine with the salty sea breezes near sandy beaches. That’s why Ocean City on the Delmarva Peninsula is the perfect place to ride.

This seaside peninsula is actually in three states—Delaware, Maryland, and Virginia. In fact, that’s where the name comes from: DEL-MAR-VA. The peninsula is a popular summer beach resort area and has all the amenities to support a growing motorcycle rally that welcomes all riders.

From the south, you can access the Bikes to the Beach Spring Rally by U.S. Route 50, or from the north on Maryland Route 90, also known as the Ocean City Expressway.

Rally events are at multiple locations in Ocean City and are planned by the hosting businesses. That often means details about entertainment, features, and venues are still being developed right up to the rally weekend. Here’s a list of some favorites:

Bikes to the Beach Spring Rally

If you’re looking for more events and ride suggestions, check out our Events section.

If you want to see the real Cold Mountain, and not the one Hollywood featured in its film, head to North Carolina for the Cold Mountain Loop.