Call us
is invalid, please correct.
is required.
Find an agent Retrieve a quote Make a payment
Back to On the Road

Thread the eye of the needle on a motorcycle trip that’s a must-do. 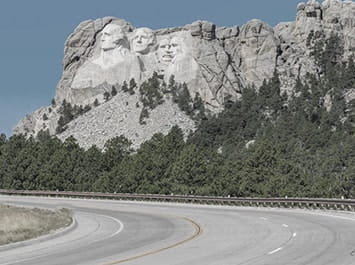 The Needles Highway is one of those bucket list roads for many riders. Situated in southwestern South Dakota, about 30 miles southwest of Rapid City, it’s one of the most popular rides for motorcycle riders attending the annual Sturgis rally.

The Needles Highway and this national landmark area are located within the boundaries of the Black Hills National Forest. The highway gets its name from the eroded granite towers, pillars, and spires that rise from ridges in a section of Custer State Park.

In 1976, a 637-acre portion of the Needles that rises from six of the ridges was designated as a national landmark called the Cathedral Spires and Limber Pine Natural Area. The towering spires of granite are an impressive natural wonder when seen from a distance. They’re even more awe-inspiring when you ride your motorcycle on the narrow road that winds between them.

The highway passes through several tight tunnels, giving you the sensation of threading your motorcycle through the eye of a needle. Needles Eye Tunnel is just 8 feet, 4 inches wide and is the most famous of the three tunnels on the road. Its name comes from the granite spire located near the tunnel entrance that looks similar to the eye of a sewing needle. That opening was created by wind and rain freezing and thawing over time. Iron Creek Tunnel and Hood Tunnel round out the trio.

Needles Highway is open April through October. Because the road is so narrow, the byway is closed during the winter.

Needles Highway lies within the Black Hills National Forest. It covers 1.25 million acres of forest, grassland prairie, and three mountain ranges. The majority of the National Forest is in South Dakota, with a section extending into eastern Wyoming. It’s easily accessed from Interstate 90 westward from Rapid City, past Sturgis, and onto Spearfish Canyon. It offers outdoor recreation ranging from camping to hiking and fishing. It also encompasses several unique western cities, state parks, national parks, and the Mount Rushmore National Memorial. What makes it extra special for motorcyclists is the number of riding opportunities.

You can see it all by starting a loop in Hill City. Head south on US385/US16 for about 3 miles and make a left turn on to Needles Highway, south SD87. Ahead are almost 38 miles of motorcycle-riding nirvana. Expect switchbacks, lots of curves, great views, and the epic natural wonder of the Needles. Make sure to bring a camera and stop to capture some memories of riding in this natural wonder.

When you arrive at the juncture with US16A, turn left. This is also known as the Norbeck Byway. Along this leg of the loop there’s more open road, plus a bounty of curves, switchbacks, tunnels, and a 270-degree turn where the road passes under itself.

After nearly 25 miles of US16A, you’ll arrive at the juncture with SD244. Turn left towards Mount Rushmore. There’s a pullout just before the Mount Rushmore complex that offers a unique view of the monument showing President Washington’s profile.

Traveling just over 10 miles on SD244 will bring you back to US385/US16 to close the loop. Once here, consider turning around and riding the loop in the other direction.

Till next time, ride safe.

Document your road trips this motorcycle season with a National Parks Passport. 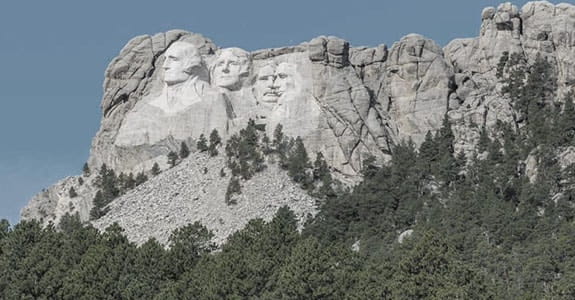 Building Google map, please be patient while we place the marker points...
results found.
Whoa, something has gone terribly wrong when searching for agents! We apologize for the inconvenience. Please try again later, or call our customer support number: 800-334-0094.
Start Your Quote
Retrieve a quote
Find an agent