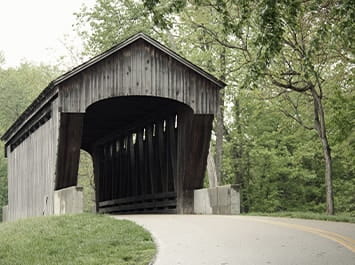 Riding a motorcycle is a celebration of motion, freedom, excitement, and exploration. It’s a great break from the routine, and a chance to free your thoughts. It’s more than simply a mode of transportation to get to our destination in the most expeditious way.

Rather, riding a motorcycle is more focused on the journey itself. What we experience as we ride matters more than the destination. Unless, of course, that destination is a special road we want to explore. Then the motorcycle ride is a pure journey, enjoying  the freedom of the road. That could be called motorcycle nirvana, a state of perfect motorcycle riding happiness.

This is what you can find when you set out to explore the blue line highways. Also known as blue highways, these are the roads that wove this country together in a simpler time. These are the roads that Americans still live along, even if the freeway traffic has passed them by. Blue line highways are more than faded lines on antique, paper maps. They are part of America, and they live in the motorcyclist’s collective consciousness.

What is a blue line highway?

Blue line is not an official designation applied by the Federal Highway Administration (FHA) to these roads we hold dear. The term “blue line” actually comes from the title of the book “Blue Highways: A journey into America,” by William Least Heat-Moon, published in 1982. The book was on the New York Times best-sellers list for 42 weeks.

It was both a critical and popular success. Besides coining the term blue highways, the author shone a light on the backroads of America.

The book is an autobiography of one man’s journey—a sojourn on the road and an escape from a home filled with negativity—to rediscover a meaning in life by exploring  what lies along the backroads of America. While he didn’t make his journey on a motorcycle, he sparked an interest in finding out what life is like between the big cities and off the interstate.

Discovering the numbered highway system in the U.S.

We live in an era where our roads—and where these lanes lead to—are an overlooked part of the landscape of our daily lives. To most, roads are just roads, and they’ve always been there. We easily get where we need to go. Potholes are more likely to get attention than the road they exist in.

Just 100 years ago, good roads didn’t exist, even with cars and motorcycles well through their second decade of common use. Roads started to change with the establishment of the United States Highway System, which was approved on November 11, 1926.

Some of these roads became icons of our national road culture, like the Mother Road known as U.S. Route 66, which is perhaps the most famous highway and a must-take motorcycle road trip. Sadly, some of those roads are gone, replaced by interstates and their associated traffic that were built over their original alignments. But most were just bypassed and are waiting for you to come explore them on next scenic ride.

The lines on the map aren’t printed blue

The color-coding of the roads on printed maps has changed, just like the roadscape of America has changed with the advent of interstates.

Printed maps have fallen by the wayside in favor of GPS navigation units. But most of those old roads are still there, with open space connecting the small towns of America. Many blue line roadways still roll through towns as Main Street.

It’s interesting to observe the ever-changing progress of our country. Many a Main Street business has suffered from the rise of shopping malls and big box stores, much like how the big, fast interstates bypassed the original double yellow line roads. Now the Internet is impacting the big, brick-and-mortar shopping meccas.

Things tend to come full cycle over time. Many small towns are being revitalized as people seek to rediscover the value of that lost sense of community that was Main Street. Riding those old roads void of traffic congestion and exploring the towns interstates now bypass allows you a chance to slow down. Going through these towns allows you to take time to stop in little hamlets and eat meals at slower-paced, family-run restaurants and maybe enjoy a slice of homemade pie. These roads offer you a chance to meet new people who will ask you about your shiny motorcycle.

Somewhere out there along a U.S. route, you’ll find the old roads formally marked blue on the vintage maps have so much to offer you as a motorcycle rider. You’ll also come to understand why they’re ingrained into the psyche of our motorcycle culture.

Looking for a good run on your motorcycle? We’ve got plenty of suggestions, as we share some of the best motorcycle rides in the U.S.

Make sure you’re protected while on the road. Motorcycle insurance can help you along the way, including roadside assistance. 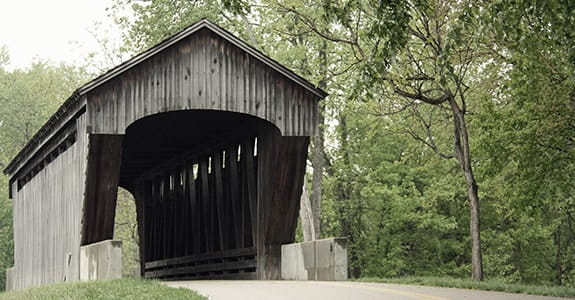